This tip results from several not-so-perfect Financial Report (FR) migrations. At interRel we are constantly moving EPM Cloud applications in and out of our various environments. In addition, we occasionally migrate entire applications or in piecemeal from on-prem to EPM Cloud.

One of the issues that I’ve encountered multiple times is reports not showing up in the Reports section of PBCS/EPBCS/FCCS after migrating them through LCM. This has puzzled me until now, now that I’ve had time to troubleshoot it.

So to setup a specific example, here is what appears in my Reports list – unfortunately, the reports I’m looking for are not there directly after an LCM migration. 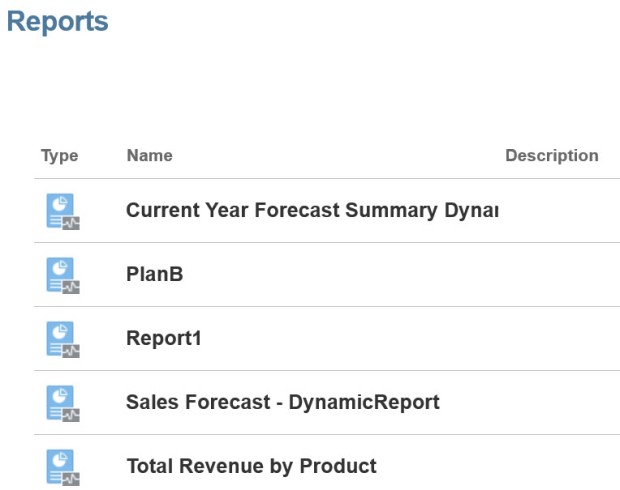 Let me go back to the migration report to confirm that it was successful. 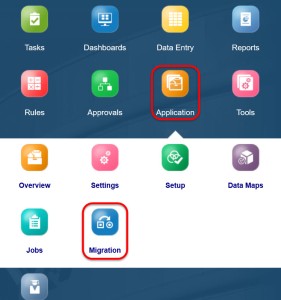 I see that it was:

Hmmm…yet my three reports are not in the Reports list. Let me verify that they actually were migrated. To do this, I’ll go through the Navigator menu to access Workspace. 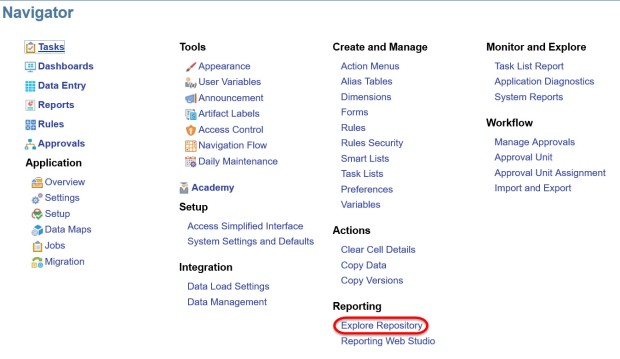 From here, I see that my three reports are indeed in the application:

So what’s going on here? They’re in the repository but not showing up in the application. Note that no additional steps are normally required to configure reports if you have administrator access – you should be able to just see them in the application.

Maybe something happened during the import with LCM? Let’s see what happens if I attempt to run one of the reports directly from the repository: 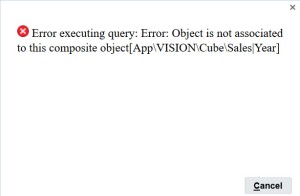 Finally – now we’re getting somewhere. I’ll also stop here to explain my personal findings when this problem happens. In my experience, most reports don’t show up after a migration because they’ve become invalid in some way, or, if users can’t see them, security is an issue. This could be due to a variety of reasons, like the source and target application dimensionality not being the same. But I’ll continue on to explain the specific problem with these reports.

This error indicates that this report can’t find something in the application. Since these reports originated from an on-prem Planning application that I recreated in PBCS, I have to evolve the on-prem dimension “Year” to the name “Years”. So I manually modify this in the .des files (there are only three reports).

Now that I’ve made this manual modification, I need to import the reports through Workspace using the individual .des files. 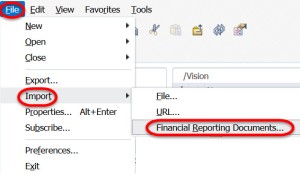 This means that I’ll need to delete the previous import from LCM first. I’ll also need to grab an export of each report and modify them in an advanced text tool like Notepad++.

Luckily, this error is easy to fix. Within Workspace, you’re able to mass change the database connection behind the reports of your choosing:

So this seems to be the best course of action. I’ll change the database connection on all three reports: 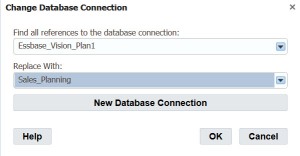 I do receive a nice little message notifying me that this could be a bad course of action. I’ll continue on regardless. 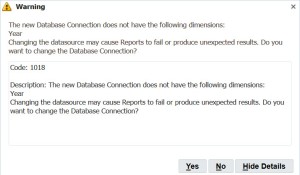 Then I get a confirmation that my database connection changes were successful.

After navigating back to the reports area of my application and pressing the “Refresh” button, the problem is fixed! Great!