As summer turned into fall, Texans were bestowed the honor of the annual mega food pop-up called the Texas State Fair. This year’s theme was “Celebrating Texas Innovation”, with images of Big Tex everywhere: 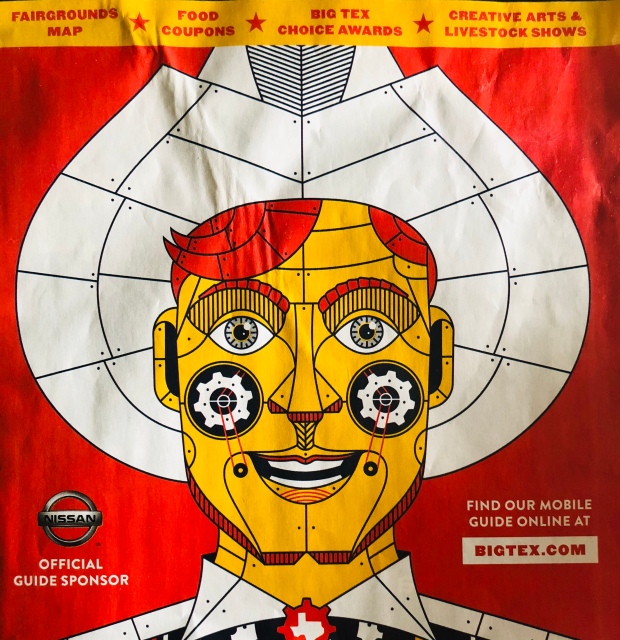 Established first in 1886, the State Fair is one of the largest fairs in all of the United States. You often hear that “everything is bigger in Texas” and the State Fair is no exception. Over 2.2M attendees visited the fair in 2017. They even have big music headliners play the large Chevrolet Main Stage – this year it was Ludacris.

The Texas State Fair is actually a 501(c)(3) non-profit organization. The revenue generated by this unique event helps the organization to fulfill their mission of: agriculture, education, and community involvement.

There are a number of small museums onsite to enrich Texan knowledge and culture: Children’s Aquarium, Daughters of the Revolution House, African American Museum, Texas Vietnam Veterans Memorial, Women’s Museum, and the Cuban Culture exhibit (new and temporary for the 2018 fair).

In addition, the State Fair funds over $1M in new college scholarships and serves a number of great causes:

And…state fair goers are generally in a great mood every year – even when it’s hot and humid and super crowded. It’s a family and friends event like no other.

The State Fair by the numbers:

We were fortunate to be able to go in the afternoon in the middle of a week during a planned stay-cation. The temperature was a wonderful 70’ish degrees, and we caught the fair in the afternoon as the sun set. We often like to watch the fair turn from day to night and catch the nightly events like the parade and light show.

This time we came with appetites in hand. After walking what seemed like forever (I get hangry pretty easily) with no luck finding one of the finalist entries, we broke down and decided to get something new to us (but less foodie):

First foodie stop: I’ve seen the fresh pineapple float on the menu for years. But with its whopping price tag (over $15), I hadn’t yet splurged for it. This year I decided not to have any regrets and try only new foodie items instead of repeats. So splurge it was. This fancy drink is non-alcoholic and includes fresh pineapple bits, fresh pineapple juice, and dole whip ice cream. Was it worth the price? Nah, but I’m glad we tried it.

What exactly were we in the search for? Take a look at the 2018 Big Tex Choice food winners:

My goal was to hit up the deep fried sheperd’s pie. I wasn’t thrilled with this year’s award winner list, and preferred more from the runner up list. And, as I’ve become middle aged, I’ve noticed a trend of wanting less and less to go after the super sugary bombs. 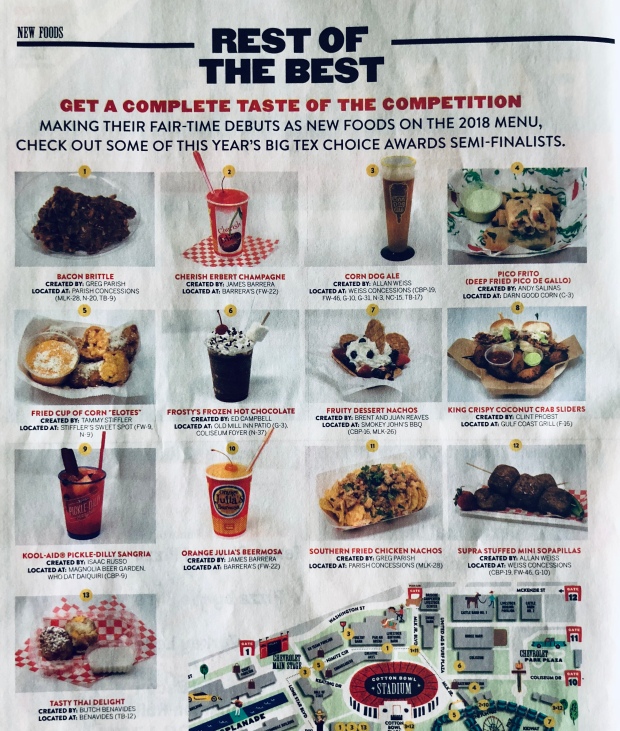 Ever since I took a work trip to England last year, my appetite for “pie” (the English kind, not the dessert kind) has done a 180. I am so in love with English pie now! We were happy with this dish, which included fried shepherd pie dough balls, fried green beans, and brown gravy.

Riiiiiiiiiight…so I’m a sucker for any type of fried dough wrapped in cinnamon and sugar. This one happened to be stuffed with a strawberry cream cheese-type filling. Yummy!

Along the way,  we checked out the new attractions at this year’s fair: 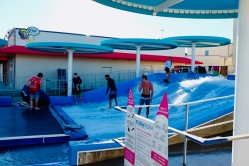 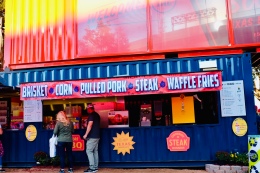 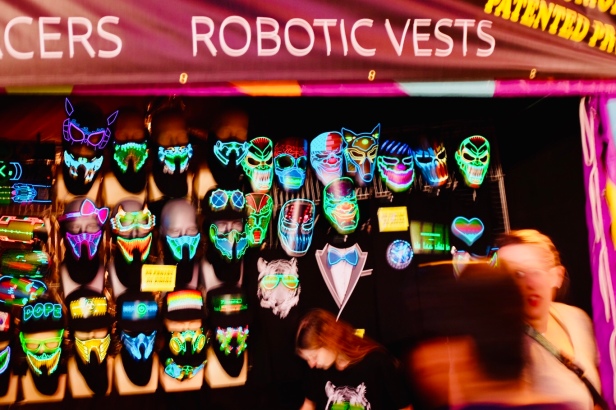 The last photo was of these super cool light up masks. Apparently, we weren’t supposed to take any pictures of them (oh well). Me and my camera were chased off. I almost bought one, they were so cool!

Texans are super proud of their state. We saw this new “Texas love” sign, which quickly became a popular tourist photo opp: 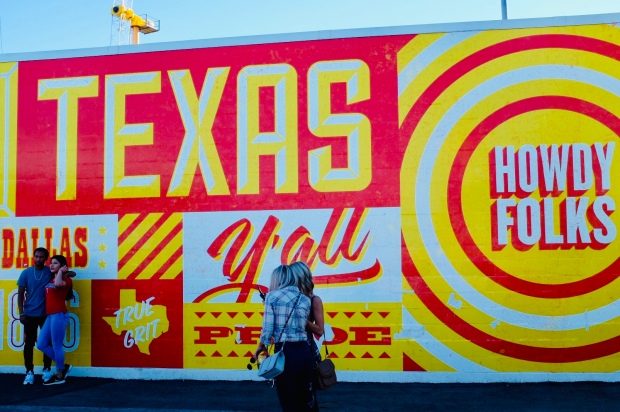 Next on the food journey, I grabbed another one of the runner ups: fruity, dessert nachos. 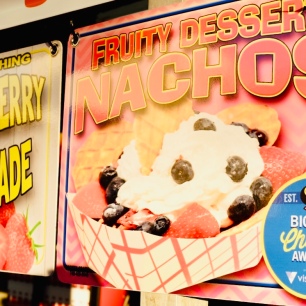 Um, yeah…so much for the theme of less dessert-type dishes.

Everyone who has eaten out with me knows that I’m a sucker for any type of raw berry dessert. This one is covered in raw berries, whipped cream, chocolate sauce, and waffle cone “chips”. I’m salivating all over again thinking about it. It was a mound of food! We ate every bit of it.

We also took a moment to appreciate some of the old haunts: 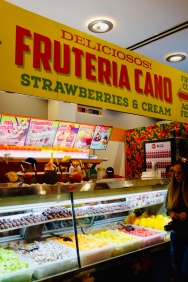 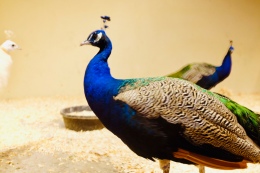 Yes, there is healthy food at the fair. Well, maybe a stand or two.

Along our stops we made our annual pilgrimage to the butter sculpture. Such a crazy concept, I know. Thousands of pounds of butter come together for a 3-4 week-long event. Big Tex extended to the butter sculpture! Also notice one of the Super Mario brothers below in the crate on the right. (segue: did you know that North Texas is home to the only national video game museum in the United States?)

By this time, we had done almost an entire lap around the fair. Since we were getting full, we decided to end the night with some savory (but new to us) comfort food – red beans and rice and beef kabobs:

So how did we do on costs this year? Surprisingly, we did better this year than last year! 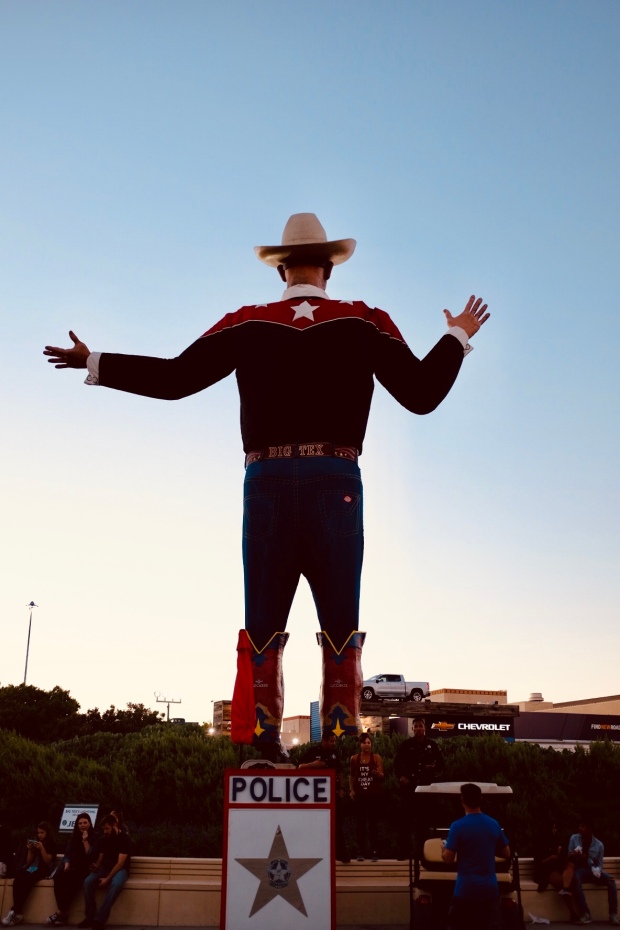 Goodbye, Big Tex! We look forward to seeing you next year (and the amazing new fair food concoctions)!